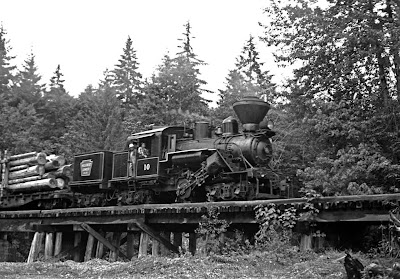 The origins of the Climax are credited to Charles Darwin Scott who worked at sawmills located in Spartansburg, Pennsylvania. Around 1878 he began experimenting with his geared-locomotive design that could be put to practical use in logging applications, similar to the Shay which was first sold in 1880. After believing he had a useful design, Scott decided to market it to the Climax Manufacturing Company whose plant was located less than 10 miles away in Corry, Pennsylvania (the company was soon renamed as the Climax Locomotive Works after it began producing locomotives on a large-scale basis). A prototype was completed in March of 1888 and sold to Imel, Powers & Shank who had logging operations near Scandia, Pennsylvania at Hodge Run in Warren County. 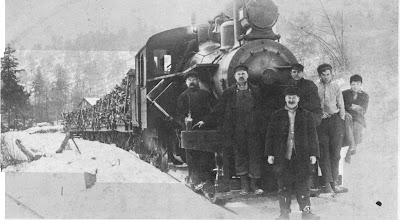 More information on the Heisler steam engine can be found here:
http://gearedsteam.com/heisler/heisler.htm