Mouth Organ
The khene is a Lao mouth organ whose pipes, which are usually made of bamboo, are connected with a small, hollowed-out hardwood reservoir into which air is blown. The khene is the national instrument of Laos. The khene music is an integral part of Lao life that promotes family and social cohesion and it was inscribed in 2017 on the UNESCO Representative List of the Intangible Cultural Heritage of Humanity. Today associated with the Lao people of Laos and Isan, other similar instruments date back to the Bronze Age. In Cambodia, it is used among the ethnic Lao population of the province of Stung Treng and is used in lakhon ken, a Cambodian dance drama genre that features the khene as the premiere instrument. In Vietnam, this instrument is used among the Tai peoples and the Muong people. The most interesting characteristic of the khene is its free reed, which is made of brass or silver. It is related to Western free-reed instruments such as the harmonium, concertina, accordion, harmonica, and bandoneon, which were developed beginning in the 18th century from the Chinese sheng, a related instrument, a specimen of which had been carried to St. Petersburg, Russia. 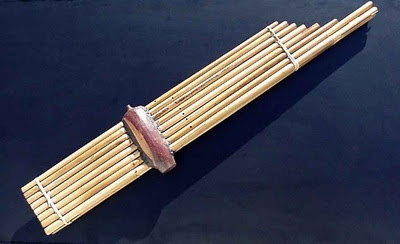