Yesterday started off sunny but cool, so we lit the fire pit and burned some scrap wood and paper. It was so good listening to the crackle of a fire! It didn't last long though. It started to rain by 11 o'clock. Was nice while it lasted!

Looking out of the coop thru the screen door: 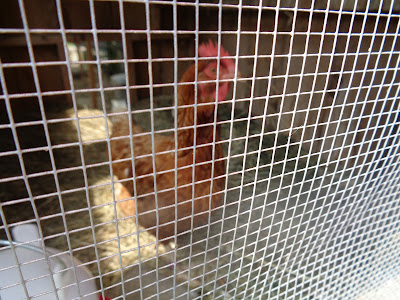 The sick hen is getting better! I hand fed and watered her for three days in the coop. She finally walked out by herself and went into the carrier! 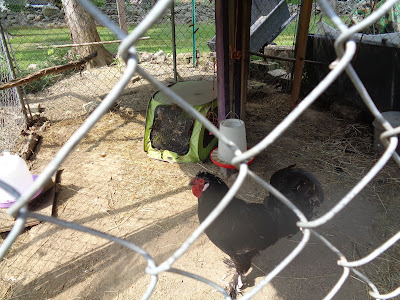 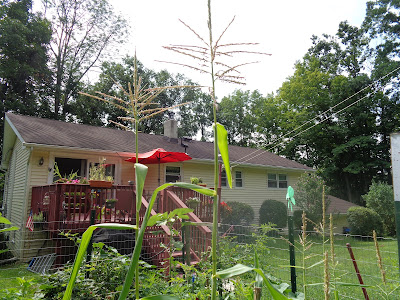 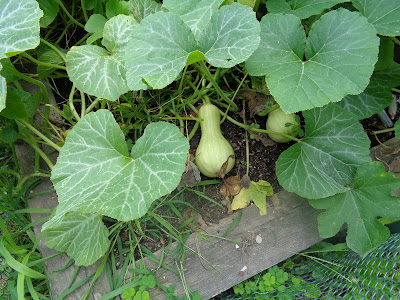 And more to come: 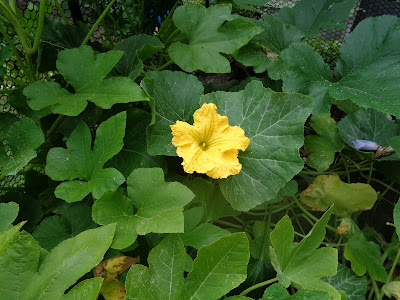