A bird with eye lashes?

As big and black as turkeys, wielding bills like hatchets, these charismatic birds cut an unmistakable dash as they strut around the bush in small family parties. There are two similar species: the southern ground hornbill (Bucorvus leadbeateri) is much the more widespread and better known; the Abyssinian ground hornbill (Bucorvus abyssinicus) occurs only north of the Equator.

The southern ground hornbill (Bucorvus leadbeateri) is now  (actually, since 2014) classified as an endangered species within South Africa. The key factors contributing to this classification are loss or change of habitat, persecution, poisoning, and electrocution. Conservationists are taking steps to turn this around. Here are some interesting bird facts that might surprise you: 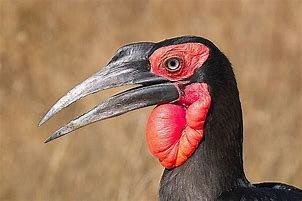 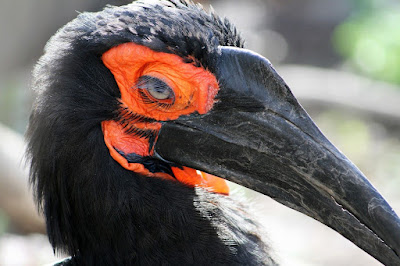