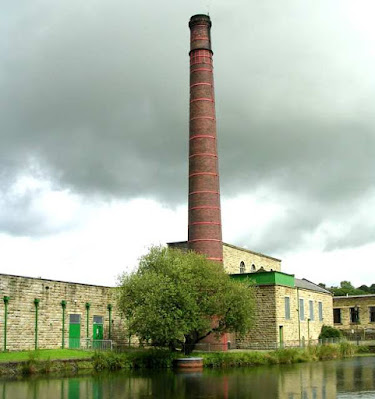 Queen Street Mill is in Harle Syke, a suburb to the north-east of Burnley, Lancashire. It was built in 1894 for The Queen Street Manufacturing Company. It closed on 12 March 1982 and was mothballed. It was taken over by Burnley Borough Council who maintained it as a museum, and then in the 1990s passed to Lancashire Museums and is unique as the worlds only surviving steam driven weaving shed. It received an Engineering Heritage Award in November 2010. It is open for visitors and still does weaving demonstrations. Architecture The mill was of four storey construction, with a large single storey weaving shed. After the fire in 1918 it was remodelled into a single storey building, space being taken from the weaving sheds for a new preparation area. On closure in 1982 it was reconfigured by Burnley Council, the weaving shed was partitioned, about a third being used for rentable industrial units, and a similar area being used for visitor facilities. The 37 metres (121 ft) chimney and the 60m X 25m lodge lay to the south. The boiler house, the engine house and chimney are Scheduled Ancient Monuments. As originally built the weaving shed was about 170 metres (560 ft)by 160 metres (520 ft), with the typical north facing roof lights (windows) giving natural light, the shed housed 990 looms. On the Queen Street side was the boiler room and engine house, and the four storey warehouse. The ground floor was the weft department, the first floor was offices, the cloth warehouse and temporary storage beams, the second floor was the winding and beaming department for beaming and drawing in, and the third floor was the preparation department for tape sizing. After the fire the ground floor of the frontage was rebuilt and used for winding and preparation, 100 looms were removed and part of the Harrison Street end of the shed became the new warehouse. Rowland Kippax who worked there however reported "there were now 1040 looms, there were nine tacklers looking after 130 looms each" 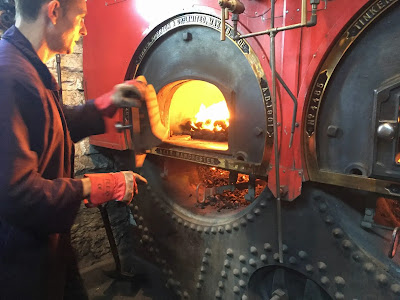 . Power Steam is raised by two Lancashire boilers built by Tinker, Shenton & Co, Hyde. The first was installed in 1894, and the second in 1901, when a 120 tube Greens Economiser was fitted. Now feed water is supplied by a Weir pump fitted in 1956, Both boilers were stoked manually, though secondhand Proctor automatic stokers were fitted in 1962. Boiler No.1 had the Shovel type and the coking type were fitted to No.2 Today the manually stoked 1901 boiler is the only one used.Coal was obtained locally from Bank Hall Pit but now with pollution controls being stricter it has to be imported. At its peak it burnt 6 tonnes a day, but now uses only 10 tonnes a month. The steam raised to 100 psi in the boiler house, drives the original tandem compound horizontal stationary steam engine. The high pressure cylinder (HP) is 16 inches (41 cm) and the low pressure (LP) 32 inches (81 cm). It uses Corliss valves. The engine drives a 14 feet (4.3 m) flywheel running at 68 rpm. The 500 horsepower (370 kW) engine was built and installed by William Roberts of Nelson in 1895. It has never been moved from this location and runs perfectly true. Power is taken from the crankshaft by a series of directly driven line shafts. 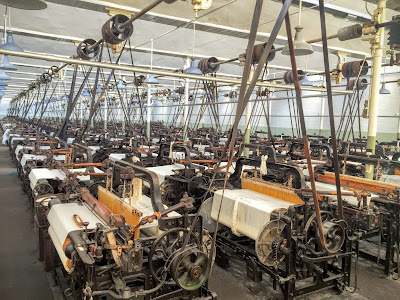 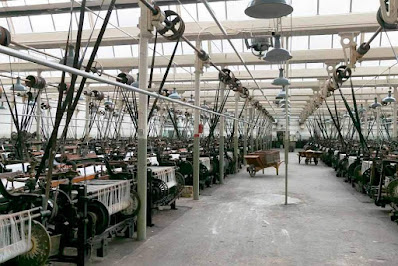