You're gonna love this one!

Grab a cuppa, sit back and enjoy!!!

The Wiscasset, Waterville & Farmington Railway was one of five two-foot narrow gauge railroads in the State of Maine. It originally operated from 1895 until 1933. During its peak, it stretched from Wiscasset to Albion and Winslow. Although the system once traveled fifty-eight miles, it never reached Waterville nor Farmington. Despite ceasing operations in 1933, the railroad was never officially declared abandoned.

In 1989, it officially returned as the Wiscasset, Waterville & Farmington Railway Museum. Today, 2.6 miles of the historic route operates as a non-profit heritage railroad that is run entirely by volunteers. Trains currently travel from Sheepscot Station, just under five miles north of Wiscasset, to the siding in a wooded area known as “Top of the Mountain.” Volunteers have recently laid down an additional four thousand feet of trackage with plans for it to enter service in 2021.

In this video, Daniel Day and Guest Contributor Ben Bourrie take you on a journey back in time to see what a day in the life at the railroad looked like in its final years. This photo and video charter that was made possible through special arrangements with the Wiscasset, Waterville & Farmington Railway Museum and was sponsored by Dynamo Productions, Merrimack & Saco Productions, and Smokebox Productions. The train in this video was powered by Steam Locomotive #9, the last surviving locomotive to operate on the original WW&F.

She was built in 1891 by the Portland Company for the Sandy River Railroad and was later sold to Kennebec Central. It was acquired by the WW&F in February 1933, four months before the original operation’s demise. After decades in storage and years of rebuild, it re-entered service for the WW&F in December 2015. Learn more: 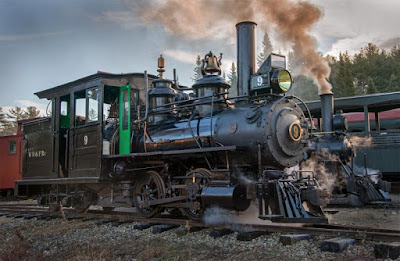 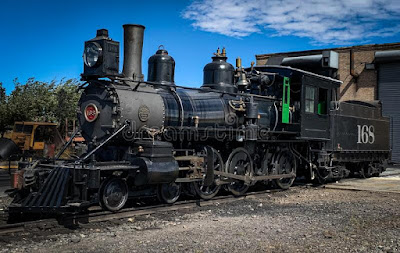