Wonders of the Deep 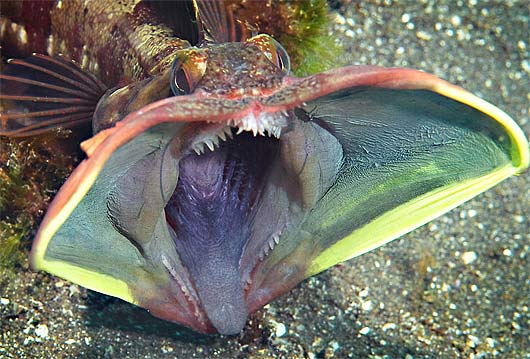 One of the more frightening looking small fish in the world, the Neoclinus blanchardi, or the "sarcastic fringehead" as it's more commonly known, is a fish known for its mouth and its ultra-aggressive behavior. Living in burrows that range from logs, to shells, to cracks in rocks, and even to discarded garbage like empty jars or bottles, the sarcastic fringhead can be found in the waters of places like California and Mexico. It is known for its practice of attacking literally anything (including humans) that disturbs it or approaches anything it considers its territory. 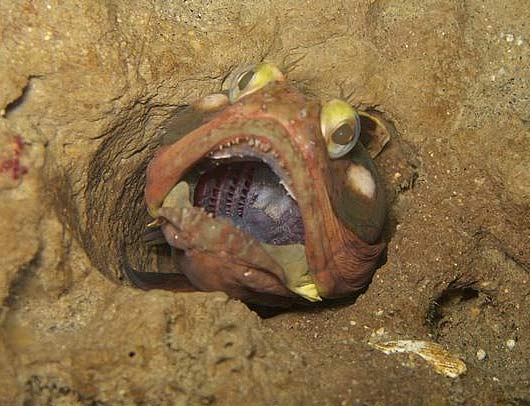 Fringeheads are known to open their mouths to horrifying circumferences, and have extremely sharp teeth. When two individuals encounter one another, they will both open their mouths as wide as possible and "kiss", bumping mouths to compare size and establish dominance. Biologists are currently unsure as to what exactly these tenacious little fish eat, but it's believed that they survive by mostly eating smaller fish and crustaceans. 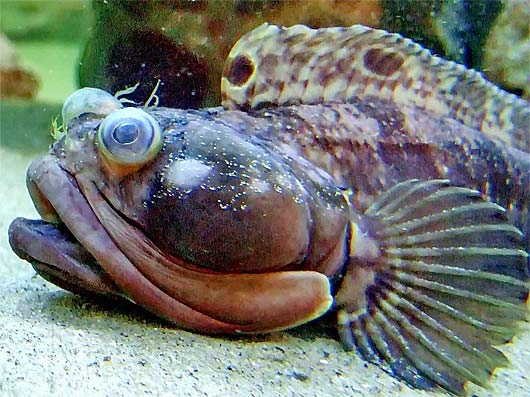 Sarcastic fringeheads live to be about six years old, and grow to lengths of usually less than ten inches (about 25 centimeters). Despite being so small, they currently face very little predation from larger species; this is because f their strong defense mechanisms and violent behavior. They also aren't fished for by humans for similar reasons.

This fish seems pretty darn serious so you may be asking yourself - what makes this fish sarcastic? Well, the word sarcastic in this case is being used in the original sense of the word which is "flesh tearing". 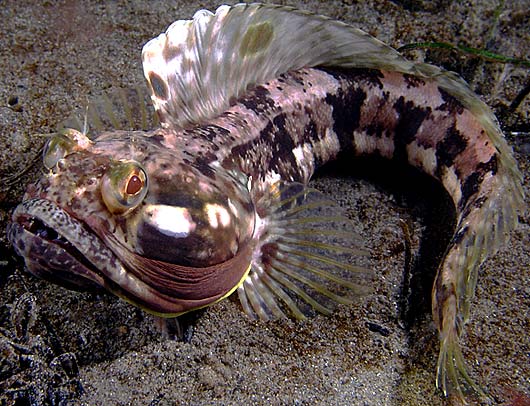