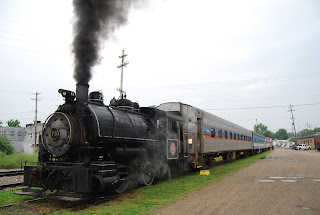 Michigan probably isn't the first state you think of when it comes to railroads. Instead you'd probably think about Michigan's history with the automobile industry but before automobiles, Detroit was well known for producing railroad cars! Despite that, Michigan is home to several railroad inventions, innovations, milestones, and general firsts that've contributed not only to railroads of the United States, but to the railroads of the world!